Opening May 21, 1914 as the impressive 400-seat Isis Theater, designed by architect Louis B. Weinman. Located in the Historic Stockyards district on the corner of 24th and N. Main Street in Fort Worth, the one-screen silent film house, pharmacy and the 12 rooms upstairs were sadly destroyed by a projection booth fire in 1935.

The theater was rebuilt and enlarged to the plans of architect W. Scott Dunne, adding balcony seating to increase seating from 400 to 1,000. The “New” Isis reopened March 27, 1936 with Fort Worth native and super-star, Ginger Rogers in “In Person”. That 1936 renovation is why “New” is on the exterior signage. Today, there’s an on-going collection to relight the historic theatre’s neon sign.

In 1942, Marine Creek flooded the Stockyards area bringing a wash of mud and water damage to the theater resulting in extensive repairs. After repairs and nearly 50 years of change and entertaining Fort Worthians, the appearance of multiplex spelled doom for the Single Screen 1000-seat behemoth and the theater closed its doors in 1988.

This venue was ‘For Sale’ for many years, becoming more neglected and dilapidated as time passed. The site was purchased by Dr. Jeffrey Smith and his wife Debbie Garrett-Smith. 2017 would be the kick off year for the comprehensive outside/inside renovations and restoration. The couple preserved any pieces that were salvageable. The doors finally reopened summer 2021.

Now Locals and Stockyard tourists can visit this historic theater and experience the excitement intended for this part of Fort Worth. This iteration introduces and prioritizes Live Performances as well as stating true to the history of the screening Classic Films. Downtown Cowtown at the Isis welcomes ALL visitors daily and reclaims the corner of 24th and N. Main Street as home for all things Entertainment in the Stockyards. 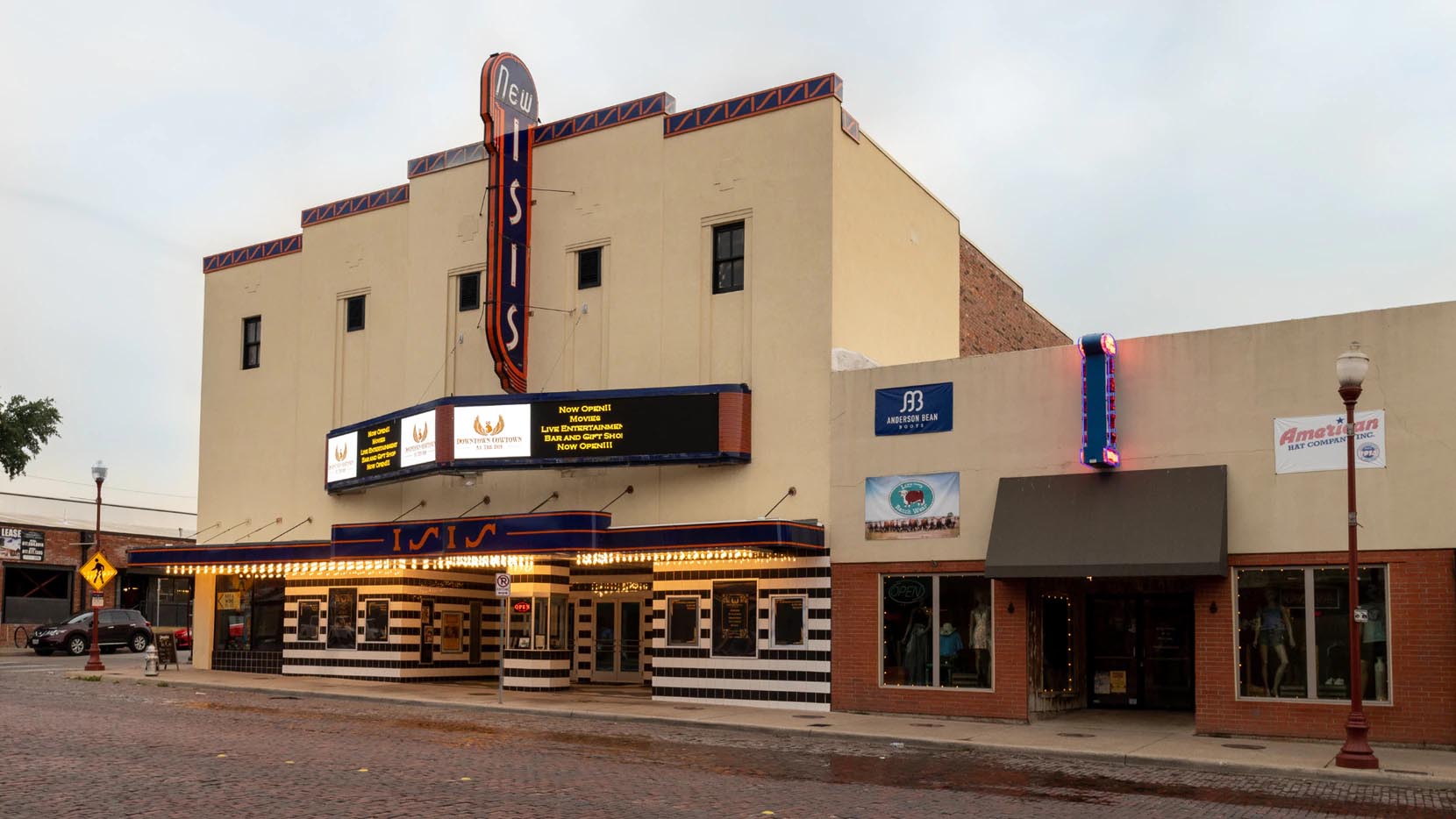